A downloadable game for Windows, macOS, Linux, and Android

This is an experience. about 30 min or longer depending on if you get all the endings. This game is a text based story using only sound, music and text, 3 Endings are available (4th one being finished)

This game may contain subject and language matter that may be offensive, this will be your only warning. If you are sensitive to serious and realistic situations. DO NOT PLAY THIS GAME.

What would your life be like if you just made one decision different, victory or defeat? Right or wrong? Better or worse?

We all reflect at one time or another wondering what would have happened.

NOTE: IF YOU TRY TO CLICK PAST TOO QUICKLY YOU WILL SKIP SOUNDS!

If you have any issues/bugs with the game please join the Discord or the channel and let me know!

This game was created after someone tried to impersonate me to get free game keys, one of the game makers contacted me through youtube, and thus a friendship started.

Initially it was a request by him for a project idea that could be made in a day. after throwing him some random ideas, he said he would be right back, at that time I wrote a story, just the basics. But he loved it, then I spent the next 5 hours til the break of dawn writing and expanding the story.

Though later he decided it would not be possible in a day. we spent the next week shooting back and forth edits updates and the creation of the game within Unity (he did all the coding). The game quickly became a Imageless Visual novel.(intentionally imageless)

But at a point he had to get back onto his other companies projects, so he sent me all of the coding that he used... Which exploded my brain, and I decided I would make it all from scratch.

After a great deal of time and effort this was born.

This was incredibly written and incredibly powerful. Thank you so much for this, you have true talent, (you made my eyes sweat).

As a female this was just too cheesy for me.... I stopped at "I was cute but I was always a tomboy." It was too much. The story felt really forced and cliche. But I appreciate the dev's hard work, and I'm glad others enjoyed it!

I promise it changes dramatically after , it is only 30-45 minutes long even shorter if you read fast.

But the choice is yours thank you for downloading!

So beautiful game!I love it.I got the bad ending for the first time.I will try it again later.I want to get the good ending.

Got my full LP for this game uploaded on my channel, and I must say I really enjoyed this game a lot! It was one of my favorite choice based games I played in awhile. Nice job, and thanks for helping me with the good ending!

Glad you enjoyed it :D

Nice! Love it! Just finished playing it for the first time! Got the bad ending where I died of coma.

2 more endings I hope you get the good one eventually!, I am glad you liked it :D

Reply
Keepers of Time3 years ago

Your game is beautiful. Our team would like to translate it into Russian. Please contact me: keepersoftimerus@gmail.com

What was your favorite part?

Reply
Keepers of Time3 years ago

I learned about this game from other people from my team who were impressed by it. In contrast to them, I passed only two endings, but I really liked the style of performance, built on sounds and text. I was very impressed by the scene of the fall. The final sound that made his way to shiver. I can not choose the best among the two endings, unfortunately, because each seemed special. I like that this game strikes such an important topic as the influence of our choice on subsequent events. And the decision can not be corrected. I was happy about the impossibility of making a save, which adds to the game even more charm. The second time I did not play with such a strong desire. The sense of impossibility to change the choice that was created at the first time began to disappear.

Of course, the text of the game is quite simple and you can understand the meaning and basic knowledge of English. Alas, not every player of our country decides to look at the game itself in a language that he does not speak well. Therefore, we would like to make the localization of this game, so that other Russian-speaking players can also get acquainted with it.

I do not have a problem with that, Tho I am not sure what you need for translation, I know I can add different language selections, because I planned on that, just never gotten around to getting it translated.  I am a paranoid person when it comes to handing out information, so please tell me what you are looking for and I will do my best.

As I understand it, you would not want someone else to touch your code. In that case, you can provide me with a document with all the text from the game (text only, without any code parts). In addition to the text of the game, I also need the text of buttons like "Exit". As soon as the translation is completed, I will send the document back and then you can add the Russian language to the game.

We did this with the project "Black". The author of the project worked with the code, from our side a document with the Russian text was provided.

I will try to get things together for you text wise, I am not the most motivated person XD. I will get a hold of you again as soon as I can.

I feel awful... Choosing to let another man die gives me the "good end". I don't think that's right. I don't want those parents to suffer so much from one choice. If she were truly such a great daughter, then wouldn't it have been better for her to work towards repaying her parents for the hospital bill instead of letting them shoulder it all by themselves? Even if only a little each check, she should have been putting whatever funds she could have towards repaying her debt. Rather than deciding to get drunk on her own one night, she could have invested that money in a better place. It's impossible to escape being an adult, but that doesn't mean she had to choose such a destructive method of taking a break.

Sorry. Just venting a little. The story is well-written, but there are a couple of grammar issues you seemed to have. In particular, you had a tendency to say something "then" something when you should have used "than" instead. "Then" refers to time and a specific order of events, while "than" is the comparison between two things that you seemed to favor in your speaking. Additionally, though I recall only seeing it used once, "along" and "a long" have different meanings. I suspect that was more of an oversight with a space bar, however. I don't wish to go through every spelling error though, as that is not the point to my writing a review. I simply wished to bring to your attention that the script could benefit from another read-through, but otherwise seems to be in pretty good shape.

While I cannot personally relate to all of the protagonist's decisions and circumstances, I do think that you wrote a very meaningful story worth the read. Thank you for your time and the gem you have presented us with.

Thank you for your info, I am not a writer, I wrote this and I have horrific grammar, I keep making changes to spellings and so forth and I will re read through and try to fix the issues mentioned. The base of the entire story was written in one huge overnight binge. then I spent the rest of the time trying to fix all the errors.

But from reading your post, you seem to completely get that, choices are not always fair, that people make bad choices in general, and that one choice may not seem right but you never know how a choice could affect the outcome. I put a lot more unmentioned things in the story that no one has quite put together as of yet.

Thank you again for playing the game!

Hello there! I just made a video of this game and found it so good! It has a lot of potential...

i got all 3 endings. and i want to say the bad endings just made me so sad :( the music was so perfect that i gave me goosys and teary eyes :( i hope this isnt a true story, okay?

One of the most emotionally taxing games I have ever played. I was scared, nostalgic, and riddled with doubt. And I loved every f***ing minute of it. 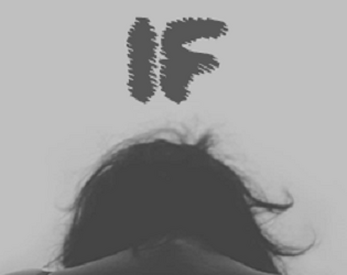